This committee strives to organize and host events that appeal to a wide range of Princeton alumni. (More)

Posted by tmswift 17 days ago.

PA3 INVITES YOU TO “SECOND TUESDAYS” 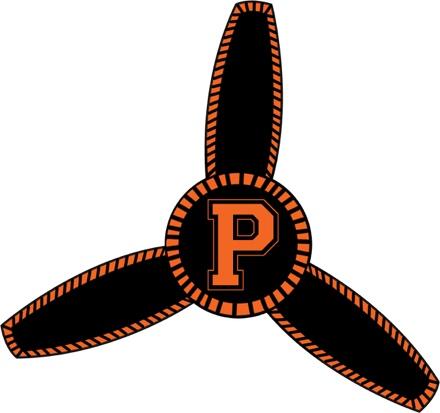 7 P, EASTERN TIME (USA) -- TUESDAY, June 9th, 2020
Speaker: David Herman, MD
Chair, Infection Control, Penn Medicine Princeton Health
“An Up-to-Date Briefing on COVID-19 Infection:
And Dealing with this Pandemic at the Local Level”
Over the past few months, many of us have expanded our virology and infectious disease awareness.
Likewise, epidemiologists, researchers and front-line health care workers have garnered an enhanced
respect from a grateful public. So, it is with special pleasure that the Propellers welcome Infectious
Disease specialist David Herman for a global perspective on our historic pandemic. In particular, he will
discuss how epidemiologists determine the contagiousness of infectious diseases, then delve into the
different types of laboratory testing for SARS-CoV-2, and their attendant implications for controlling
infection spread. He will then delineate changes Penn Medicine Princeton Medical Center has implemented
in response to COVID-19. You may find his facts bracing, but the power of human resilience will also be on
offer. Please note: Zoom Propellers now reach a national (and global) audience, so it’s important to
register: the first 300 people who sign up by June 7th will receive the “Join Meeting Link” on June 8th.

Posted by tmswift 17 days ago.

The Princeton Area Alumni Association annual meeting for 2020 featured a fireside chat with Princeton graduate students Xiyue and Hua Qu.  Xiyue was taken prisoner in Iran in 2016 and held there for three years, as Hua worked tirelessly for his release while caring for their young child Shaofan.  This was a rare opportunity to learn about the details of his imprisonment, his conclusions regarding the nature of the Iranian regime, and the prospects of engagement between Iran and the USA.

Posted by tmswift about 1 month ago.

Posted by mochenpa3 2 months ago.


A conversation with George Will *68

"What the Election Told Us" A Conversation With George Will *68 Wednesday, November 18th @ 6:30pm EDT

"What the Election Told Us": A Conversation With George Will *68

“What the Election Taught Us” is a fireside chat featuring renowned columnist George F. Will *68 who will discuss the 2020 election results and what it means for our country and the world, in conversation with Wendy Gerber '80 .

U.S. Presidential candidate, and former Vice President, Joe Biden has described the 2020 election as a “battle for the soul of this nation.” With the impact of the coronavirus crisis, among other recent events, we are at a critical juncture in our nation’s history.

George Will, a life-long conservative, made a statement when, in June 2016, he revealed that he had left the Republican party, citing his disapproval of President Trump. He has since been vocal in his support for Joe Biden writing that “Joe Biden’s election will end national nightmare 2.0, the nation’s second domestic debacle in two generations.” With the current confluence of events, we are poised to see what election day brings.

We are delighted to host this fireside chat with George Will a few weeks after the 2020 election to discuss (i) what happened and why; (ii) any ongoing uncertainty regarding the election results; and (iii) how our nation can move forward from here.

George F. Will's newspaper column has been syndicated by The Washington Post since 1974. Today it appears twice weekly in newspapers across 47 states and four countries. In 1976 he became a regular contributing editor of Newsweek magazine, for which he provided a bimonthly essay until 2011. In 1977 he won a Pulitzer Prize for commentary in his newspaper columns.

In June 2019, Mr. Will released his most recent work, The Conservative Sensibility. Altogether eight collections of Mr. Will's Newsweek and Washington Post columns have been published, the most recent being One Man’s America: The Pleasures and Provocations of Our Singular Nation (2008). Mr. Will has also published three books on political theory, Statecraft as Soulcraft: What Government Does (1983), The New Season: A Spectator's Guide to the 1988 Election (1987) and Restoration: Congress, Term Limits and The Recovery of Deliberative Democracy (1992). In 1990, Mr. Will published Men At Work: The Craft of Baseball, which topped The New York Times bestseller list for two months. In 1998, Scribner published Bunts: Curt Flood, Camden Yards, Pete Rose and Other Reflections on Baseball, a best-selling collection of new and previously published writings by Mr. Will on baseball. Mr. Will's most recent book on baseball is A Nice Little Place on the North Side: Wrigley Field at One Hundred (2014). In July 2000, Mr. Will was a member of Major League Baseball's Blue Ribbon Panel, examining baseball economics.

He has taught political philosophy at Michigan State University, the University of Toronto and Harvard University. Mr. Will served as a staff member in the United States Senate from 1970 to 1972. From 1973 through 1976, he was the Washington editor of National Review magazine. In 1981, Mr. Will became a founding panel member on ABC television’s "This Week" and spent over three decades providing regular commentary. Then followed three years with Fox News where he appeared regularly on "Special Report" and "Fox News Sunday." Mr. Will is now a regular contributor to MSNBC and NBC News.

Mr. Will was born in Champaign, Illinois, educated at Trinity College in Hartford, Connecticut, Oxford University and Princeton University, where he earned his Ph.D. in 1968 and served as a trustee. Mr. Will was awarded the Madison Medal from Princeton in 1992. Today, Mr. Will lives and works in the Washington, D.C., area.

Wendy Gerber '80 started her career as a journalist with Newsday, then worked as an international lawyer in New York and Paris. She is currently CEO of the International Consulting Group, a global strategy, branding and marketing consulting firm driving growth with a triple bottom line approach—focused on revenue growth, social impact, and sustainability. A graduate of Princeton and New York University Law School, Wendy has also studied at the Wharton School, University of Pennsylvania.

Posted by tmswift 2 months ago.

THIS PAGE WAS CREATED BY AND FOR THE PRINCETON AREA ALUMNI ASSOCIATION. INFORMATION ON THIS PAGE IS INTENDED FOR INDIVIDUAL COMMUNICATION OF A PERSONAL NATURE AMONG PRINCETONIANS. USE OF THIS INFORMATION FOR ANY OTHER PURPOSE IS STRICTLY PROHIBITED. THE PAAA IS SOLELY RESPONSIBLE FOR THE CONTENT ON THIS PAGE. ALTHOUGH WE MAKE EVERY EFFORT TO KEEP THIS INFORMATION ACCURATE, WE CANNOT GUARANTEE IT.